AUCKLAND,NEW ZEALAND- APRIL 07,2021: 9.12AM(RNZ):Tauranga businesses are hoping new leadership in the city will help revitalise the CBD, which has been hit hard by lockdowns and a lack of cruise ships.

Over the last five years, many have shut up shop or relocated as shoppers avoided the CBD in favour of heading to nearby malls.

A now-revoked begging ban was one of the more controversial moves made to make the city centre more welcoming to visitors.

When RNZ visited the CBD around lunch time on a week day last week, there was modest hustle and bustle at cafes and shops.

But there were also a number of vacant premises decked out with multiple ‘for lease’ signs. Some signs directed shoppers to new stores at two of the malls in the area, Bayfair or Tauranga Crossing.

She said people came to the city centre to work, but not for a shopping trip because it was hard to find a park.

“If you just want to pop in for an hour or two, get something and catch up with whatever you need to do – it’s very hard to do that.” 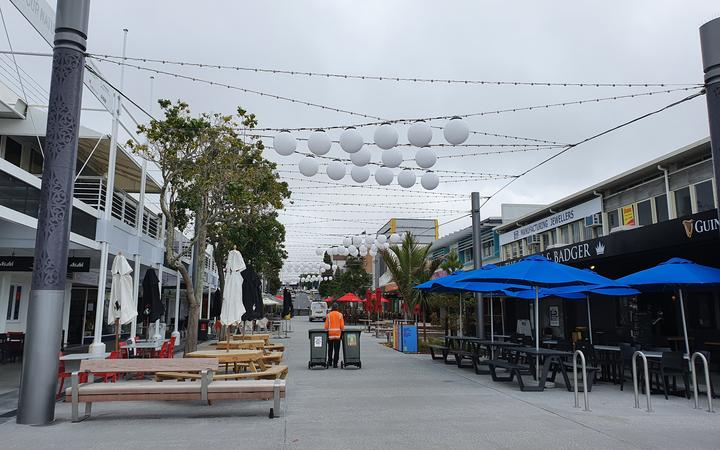 Wharf Street has been made into a pedestrian mall but was empty when our reporter visited. Photo: RNZ/ Jean Bell

Meanwhile, Hammon Diamond Jeweller has been located in the central city for the past 35 years.

Owner Julie Hammon said the last few years had been a struggle, but her customers had been loyal.

Hammon believed business would improve as life returned to normal after Covid.

“It looks a lot worse than what it actually is at the moment. We’ve found that customers have been very supportive and loyal and keen to support the CBD,” she said.

“We are enjoying good business as a result of that despite the appearances of the CBD, which of course is pretty ghastly.”

She said there were a number of factors that had contributed to the city centre’s decline, including banks and other essential services moving out of the CBD.

“There are many, many factors that have culminated in this perfect storm and we’ve got this eyesore of a CBD. But [it’s] changing I hope.”

Many in the city hoped that changing force would be the team of four commissioners who took over the failing city council earlier this year. 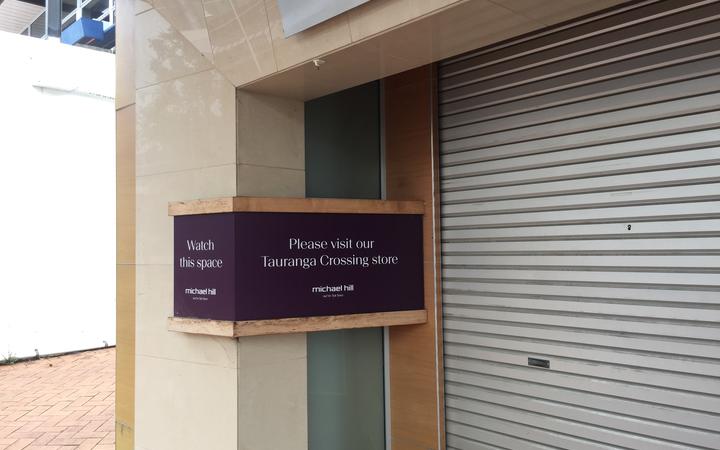 Some businesses have shut their CBD premises and are directing customers to their other shops Photo: RNZ/ Jean Bell

Commission chairwoman Anne Tolley told business leaders at a hui last week she was astonished at the state of the CBD.

“I took a walk up the road and I’ve never seen anything quite like it for a city of 150,000 people. I understand there is a stack of plans of what to do with the CBD and the foreshore – a lot of hui, but not a lot of do-ey.”

He believed more people would be out and about shopping as the vaccine was rolled out.

“But also businesses were prepared to commit to new leases. We’ve had a bit of an influx in the last few months of small office tenants who were coming into the CBD.”

Berry said the Farmers development – a $130 million building that includes retail space and residential apartments – were among the projects underway and companies were encouraging staff to work in the office rather than from home.

The organisation was looking to liven up the city through its Activate Vacant Spaces programme which filled empty sites with pop-up art installations, social enterprise shops and laneway murals in partnership with the council.

Mainstreet Tauranga records showed about 75 percent of the CBD’s 699 spaces were occupied.