Flying Fijians to wear jersey with the message in second Test

Suva, FIJI – July 15, 2021: 4.20pm (RNZI): The Fiji Rugby Union has reached a compromise on the Covid-19 vaccination message its national players will wear when playing the All Blacks this Saturday.

The team was supposed to wear jerseys with the words “Vaccinate Fiji” emblazoned on the chest in last Saturday’s first test against New Zealand in Dunedin, but the idea was ditched at the last minute because of opposition from some team members. 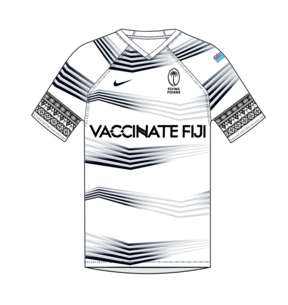 Fiji was supposed to wear jerseys with the words “Vaccinate Fiji” on the chest in Dunedin. Photo: Supplied/Fiji Rugby

In a statement, Fiji Rugby Chief Executive John O’Connor said that after “comprehensive and productive discussions” with the Flying Fijian players, the team has agreed to wear the playing jersey featuring the “Vaccinate Fiji” message.

With not all the players fully on board, a compromise has been struck and the jerseys will now read “Vaccinate Fiji” with an additional “It’s Your Choice” message alongside it.

The Flying Fijians coach Vern Cotter said the jersey idea was “sprung” on the players at late notice without the necessary consultation.

He described it as a “delicate subject” for some of the players involved.

Due to last week’s late decision not to run with the message, players wore a ‘clean jersey’ without any advertising from their sponsor Fiji Airways, which had earlier given up its space on the jersey in the hope that an important vaccination message could be relayed to Fiji’s people.

Fiji struggling with a health crisis

Fiji is being hit hard by Covid-19, with close to 10,000 active cases in isolation and 69 reported deaths, the vast majority of them recorded since the latest outbreak began in April.

However vaccine hesitancy remains staunch in pockets of Fiji, and the government last week accouned tough penalties in order to compel public servants to get vaccinated or lose thier jobs.

After last week’s first test, Cotter said Fiji Rugby would take some more time on how to communicate on this matter and how comfortable the players and everybody were around that communication.

That discussion has now taken place.

“We have listened to the concerns raised by some members of the squad regarding the message, and the perspective that individuals have different choices when it comes to vaccination,” O’Connor said.

“In turn, we explained FRU’s position and support for the vaccination programme in Fiji, which will help save lives and assist our health authorities in the fight against the Covid-19 outbreak.” 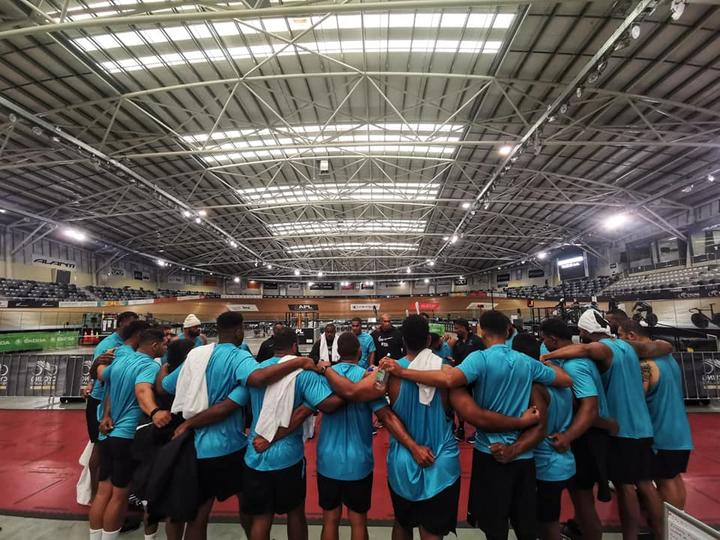 The players have discussed the matter with the Fiji Rugby Union. Photo: Fiji Rugby

With not all the players fully on board, a compromise was struck.

“The squad has settled on the “Vaccinate Fiji’ jersey, with an additional “It’s Your Choice” message alongside it,” O’Connor explained.

“We thank them for their understanding and participation in this process.”

The second Test will be held in Hamilton on Saturday night, following the Tonga vs Samoa Rugby World Cup qualifier.

"The thief comes only to steal and kill and destroy; I came that they may have life, and have it abundantly.” John 10:10